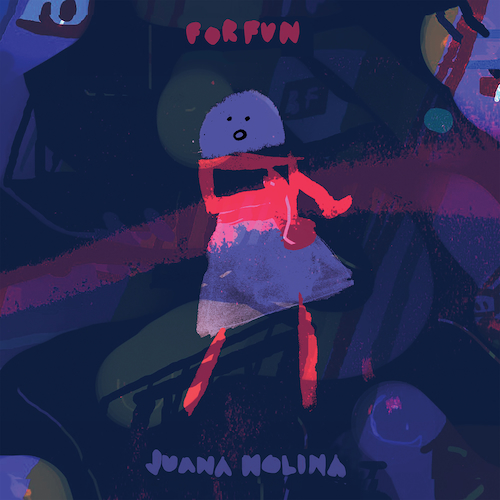 When Juana Molina -the unrivalled master of mysterious, sophisticated experimental pop- arrived with her band on the site of the Roskilde festival in July 2018, they found that the airline had misplaced their backline, all they had with them was Juana’s guitar. They decided to go ahead and play a set anyway, using the guitar and instruments which were onstage, i.e. a keyboard and a drum kit. They played a wild set of semi-improved versions of Juana’s songs, and the fans were delighted to witness such a special show. Since that day, Juana and her bandmates took to including a punkish version of Paraguaya in their live sets.

Now, several months later, here’s the Forfun EP, which includes four of Juana’s songs, all re-arranged and performed in that joyful punky mood…