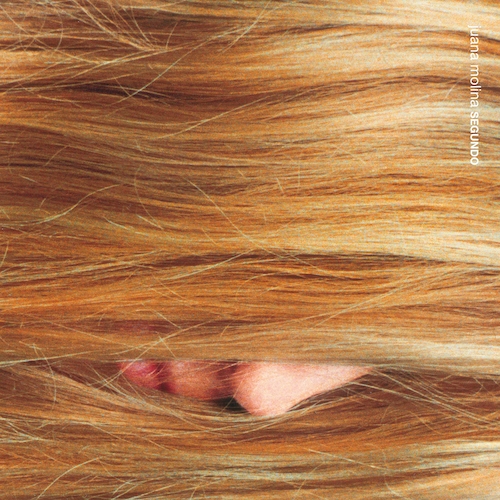 REMASTERED REISSUE OF JUANA MOLINA’S BREAKTHROUGH ALBUM " SEGUNDO "
To celebrate the 21st anniversary of Juana Molina’s breakthrough album Segundo (2000), here’s a very special reissue, remas- tered from the original tapes, and augmented by a rich booklet recounting the eventful start of Juana’s musical career, and containing numerous notes, anecdotes, original drawings and previously unreleased pictures.
Segundo is the album which started Juana Molina’s international trajectory as a musician, and its making was a wild story: after dropping her highly-successful career as a TV comedian, and signing with a major company who got her to record an over-produced debut album, Juana set out to find her own direction in music and started working on a new record (aptly titled Segundo). This journey took four years, and included sessions in Argentina and in several houses where she lived on the US West Coast, a failed attempt to obtain a green card, the involvement of several possible producers and of four successive record labels, who each had their own idea of what Juana should be doing... Juana remained untamed, forged ahead and, during the course of this sometimes complicated process, developed her own method and her own characteristic sound. She writes:
From the moment “Segundo” took shape, I began to walk a path that I have not yet abandoned. That is why it’s so important to me. I feel that this was the seed of everything I have done ever since. I discovered the flair of composing in real time, the charm of discarding the very idea of demos, the grace of documenting these moments of searching and finding. Everything else became dispensable.
Segundo finally came out on a small label in Argentina, semi-accidentally made its way to Japan where it very spectacularly took off, and was eventually picked up by the Domino label in 2003. The reception of Segundo set Juana Molina on course for starting to perform around the globe, garnering a large, devoted fan base, and going on to record five more and more extraordinary studio albums (including the widely-acclaimed Halo in 2017) and a live record (ANRMAL, 2020).
All this and much more is narrated in the lovely booklet, which includes notes by several people who were involved in these events (including Bruce Springsteen producer Ron Aniello) and by early adopters such as KCRW DJ Chris Douridas, Domino Recording’s Laurence Bell (who discovered Segundo by chance, in Will Oldham’s car), and David Byrne who, as soon as he heard the album for the first time, invited Juana to open for him on his 2003 US tour.
JUANA MOLINA - "SEGUNDO" - 21st Anniversary Edition Remastered from the original tapes
out on double vinyl LP (incl. 16-page booklet), CD (incl. 32-page booklet) and digital out June 4th, 2021 on Crammed Discs