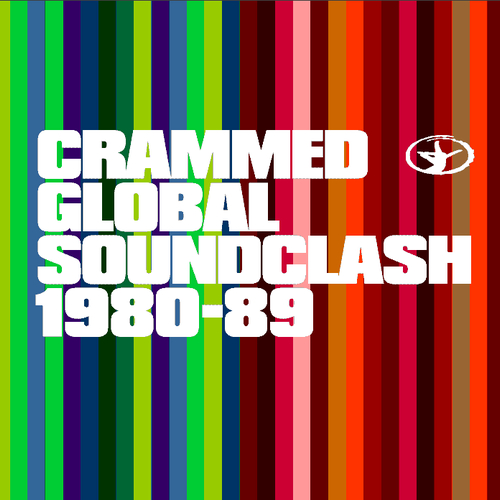 A limited-ed 12"EP containing 6 seminal Crammed tracks from the ‘80s:

A1. Minimal Compact Next One Is Real remix (1984)
A club favourite in Europe and in the US, where it made great impact on college radio and in hip clubs playing what was then called D.O.R. (Dance-Oriented Rock). Minimal Compact were fronted by vocalist Samy Birnbach (aka DJ Morpheus), and were one of the most inspirational bands of the ‘80s. They blended funky rock rhythms and incisive guitars with flavours from their native Middle East. This vinyl re-release should please the numerous DJs(such as James Murphy/LCD Soundsystems, Playgroup, Ivan Smagghe & more) who have been championing these vintage Minimal Compact tracks. A Minimal Compact remix album is currently in the making.

A2. Zazou Bikaye M’Pasi Ya M’Pamba remix (1984)
This electro remix (by Crammed boss Marc Hollander) must have been one of the first Afro-electronic tracks to make it into the underground club charts in the States. It’s taken from the awesome and still innovative ‘Noir & Blanc’ album, which at the time was described by the press as Fela-Kuti-meets-Kraftwerk. Re-issued on CD as part of the Crammed Global Soundclash series, the album is warmly recommended. A head-on collision between traditional Central African vocals and uncompromising analog electronics, it’s both radical & beautiful, and remains -20 years after its release- one of the most fascinating global fusion albums ever, we think....

A3. Karl Biscuit La Morte (1984)
A mysterious figure who came from the world of contemporary ballet, Biscuit released 3 records which combined electro beats, tongue-in-cheek romantic darkness and strange mambo influences. UK music weekly Sounds wrote: “he’s inhabiting the cutting space that both the Human League and Depeche Mode are trying to reach in vain at present”.

B1. The Honeymoon Killers Histoire à Suivre/Wait & See (1982)
A new edit from a track off Subtitled Remix, the EP where (instead of recording English translations of their songs, as strongly suggested by the Anglo-Americans), the mischievous Honeymoon Killers made up additional, English-speaking characters, who suddenly popped up and interfered with their songs... A provocative band with a strong pop sensibility, the Honeymoon Killers became the darlings of the music press, both in the UK and in the rest of Europe. Band members included vocalists Yvon Vromman (who died in ‘89) and Véronique Vincent, as well as Vincent Kenis, Marc Hollander, Gerald Fenerberg and JF Jones Jacob.

B2. Tuxedomoon No Tears (1978)
The all-time electro-punk club favourite by the cult US band which crystallized a certain dark and romantic spirit of the early ‘80s. Tuxedomoon were futuristic and lyrical, electronic and acoustic, and used drum machines, saxophones, wailing violins and haunted vocals. They’re about to record again together for the first time since their split in the late ‘80s .

B3. Karen Finley Tales Of Taboo (1986)
This legendary track by New York performance artist Karen Finley had created a shock when it first came out and influenced scores of people. Her shows were deeply disturbing and totally hilarious, they conveyed her (political, feminist, anti-porn) views far better than these scores of dance artists who sampled some of her words to spice up their tracks... Tales Of Taboo was produced by Mark Kamins (who was behind Madonna’s first single) with help from DAF’s Robert Görl.