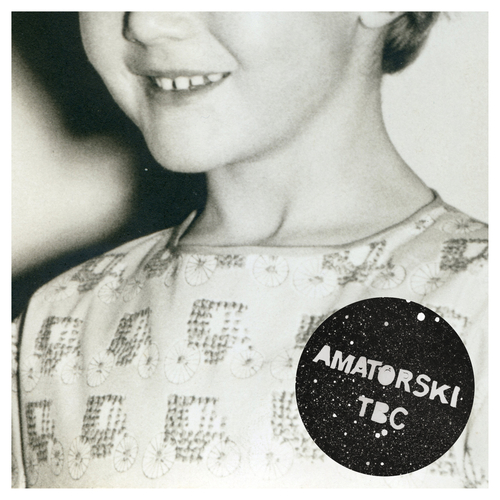 Here's the debut album by Amatorski, one of the most promising young bands around.

Amatorski was recently described as "the best Belgian act around at the moment" by The Guardian (UK), while Les Inrockuptibles raved about the band's recent show at the Reeperbahn Festival, " extremely classy… refined, delicate, melodic, subtle: the most beautiful concert of the evening". The French magazine went on to compare the band's "absolutely delicious atmospheric pop" to the music of Sufjan Stevens, Portishead and Sparklehorse, while other writers have evoked Sigur Ros or The Cocteau Twins.

Inspired by the letters exchanged by Inne's great-grandparents during World War II, the EP's opening track "Come Home" conquered the local charts, got airplay on all national radio stations, and was used in a commercial for a famous brand of water.

Then came the TBC album, a beautifully arranged suite of songs which weaves electronic & acoustic ingredients with delicate orchestrations. The album was again created in the band's studio in Ghent, and mixed in London by Darren Allison (known for his work with Belle & Sebastian, Efterklang and The Divine Comedy). The album ascended to #5 in the Belgian charts (a rare feat for a totally self-released album), and earned the band nominations in several categories at the Belgian Music Industry Awards.

Special double-pack edition of the "TBC" album and the "Same Stars We Shared" EP.