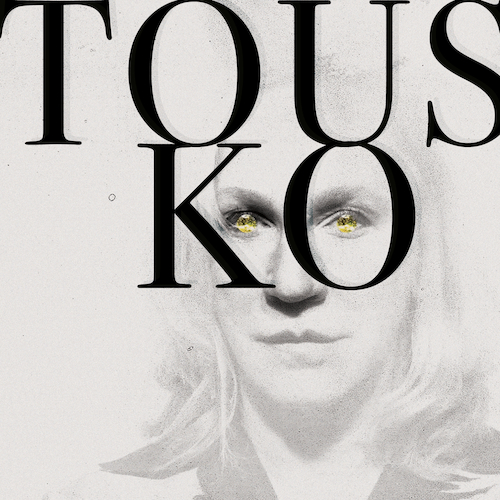 In the title track, Tous KO, Véronique Vincent’s vocals distil an ominous message : “We… all… KO… I want to go back”. Though it could have been written in relation to the current state of the world, her voice and words were actually extracted from the 1982 version of Chez les Aborigènes (the song to which Retour chez A. was a sequel of sorts)!

Vocals aside, Tous KO was built by AM’s Marc Hollander using elements from Retour chez A. (including traces of Fred Frith’s violin and Benjamin ‘Aquaserge’ Glibert’s guitars), as well as new arrangements and recordings.

London’s brilliant cosmopolitan psychedelic popsters Vanishing Twin have come up with a poetic remix of Silhouettes, produced by VT leader Cathy Lucas.
They’re working on a new album, and Aksak Maboul will soon be reciprocating by doing a remix of one of their new tracks.

The EP is rounded off with a radio edit of Tous KO. It may well follow on the footsteps of Aksak Maboul’s previous single, Un Caïd, which garnered significant airplay in Europe and in North America, where it appeared in the Singles Chart and the Electronic Chart of the NACC (which compiles airplay from over 200 independent and college radios).