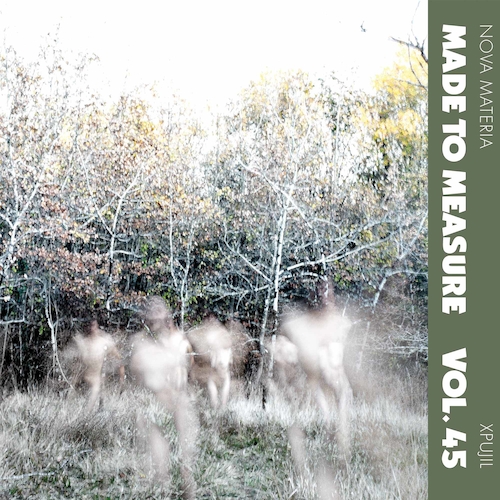 Xpujil (pronounced “ex-poo-khil”) is a single, 40-minute immersive piece which takes the listener on a sonic journey through an organic and shifting world. An album which blurs the limits between music, field recording and psychoacoustic trance.

The project started with a walking trip taken by the Nova Materia duo (Eduardo Henriquez & Caroline Chaspoul) through the Mexican jungle, towards the ruins of the ancient Maya city of Xpujil. Under scorching heat, amidst omnipresent insects, dense and sinuous vegetation, and the cries of animals, they access a different, haunted world, which feels almost sacred and supernatural. The living beings of the forest (humans, animals, plants) are there without being seen, they are mostly perceived by the ear. And then, the ruins: this great city, which was a major political, scientific and religious centre in the Mayan kingdom, is still partly entangled in the jungle, but the pure, almost futuristic architectural design of the buildings is striking.

Throughout the trip, Nova Materia recorded the surrounding soundscapes with binaural microphones. Upon their return to their studio in Paris, these recordings became the foundation of this new work. They processed and transformed the sounds until melodies emerged, which they then enhanced by using sparse instrumentation (gongs, ocarinas and electronics). Different textures were added with contributions by two guests: New York-based musician Ikue Mori (of DNA fame), who has often worked on electronic reinterpretations of the world of insects, and adventurous cellist Gaspar Claus (who collaborates with musicians across all genres, from Rone to Jim O’Rourke).