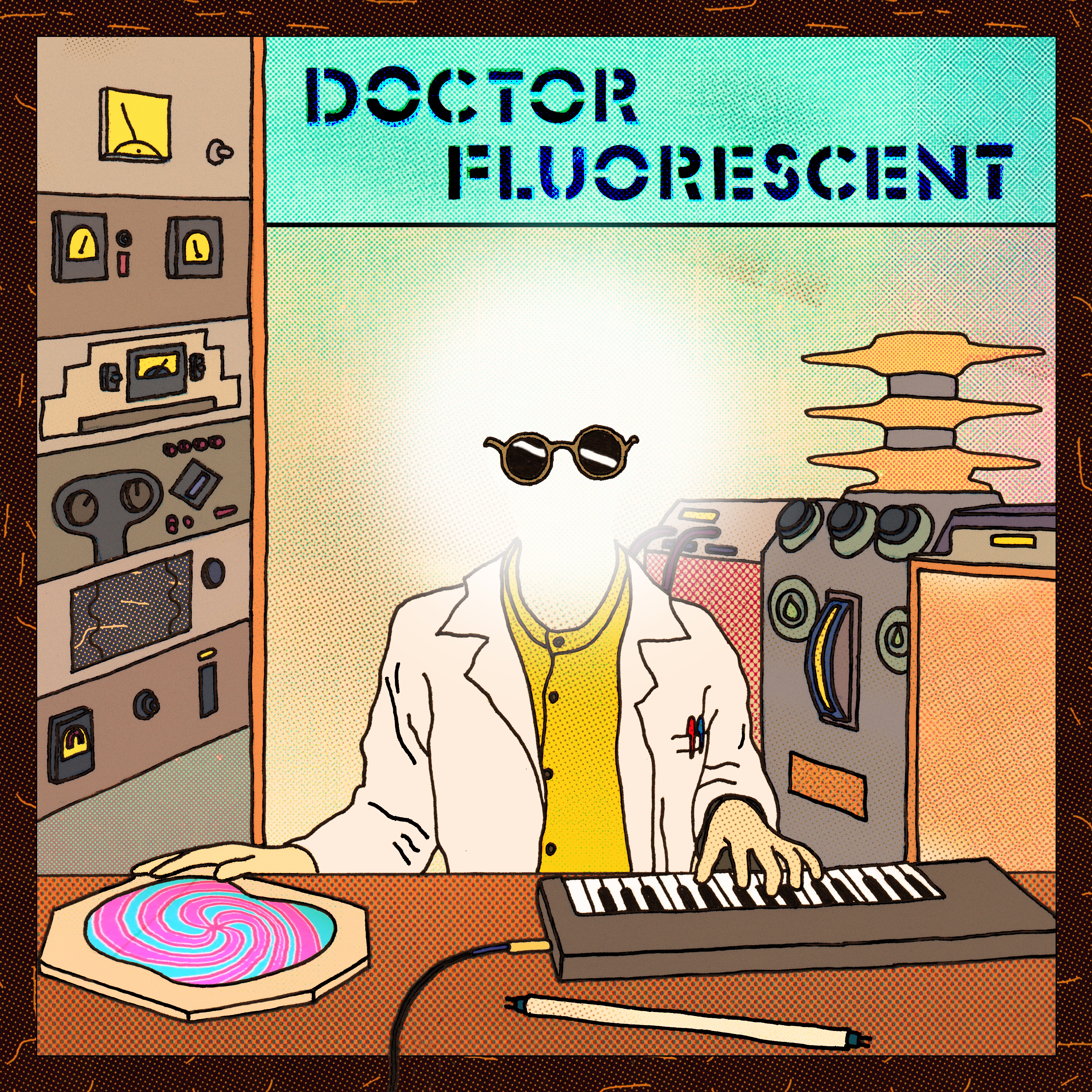 Although he is primarily a scientist and explorer, Doctor Fluorescent also plays musical instruments and uses electronic gadgets to express his ideas to the world. He is assisted by musicians Scott Gilmore and Eddie Ruscha, who sit back and merely facilitate what the doctor commands. Plug in a patch cable here, turn a dial there... whatever it takes to get the proper result recorded and keep the good doctor happy.

Back when Scott and Eddie began to create this music with Doctor Fluorescent, they utilized all manner of electronic and acoustic devices with no worries or concerns regarding their discoveries. They allowed the explorations to lead themselves where they may. Their experiments began to solidify into songs, and shortly after, stories began to take shape and the Doctor’s voice emerged (to be perfectly honest, the Doctor was born out of Scott and Eddie’s minds, but soon turned into an actual human being in every sense)

The music of Doctor Fluorescent almost reminds one of a private press electronic voyage album discovered in a stack of records next to Supersempft, Roger Powell and Wally Badarou. The album explores a wide range of sound, it’s experimental in many ways, yet each track still retains the semblance of a song. Each song is its own journey, often ending in a completely new place from where it began.
Scott and Eddie have already made many records themselves using old synthesizers and drum machines, making them the perfect helpers to bring Doctor Fluorescent’s musical visions to life.